Lael Wilcox – The best of the best in Ultra Endurance Cycling

Lael Wilcox is an American Ultra-distance cyclist and one of the absolute legends of the discipline. She is the record holder for some of the sport’s most famous races, such as the 2,475 mile Tour Divide and the 4,400 mile Trans Am Bike Race (If you don’t fancy the math – that’s roughly 4000km and 7000km!) – and that’s against both men and women.

Ultra-distance racing is an intriguing and new side of cycling that I have only started to discover in the last couple of years. Lael was the perfect person to explain and dive into the interesting ins and outs of this kind of racing.

Having originally taken up cycling to get to work, she found her way into long-distance riding by pure accident, and within a year was already competing in her first 400-mile (640km) event! Since taking on that first challenge in her native Alaska, Lael began travelling the world and competing in other Ultra events. In almost no time at all, she was breaking records.

Lael explained perfectly how the sport works, and the key differences between the types of events, either supported or self-supported.

We had a great laugh at some of the stories from Lael’s many adventures and we went into the details of how she manages her equipment, her preparation, and even what she prefers to listen to on those long nights alone on the bike.

I also wanted to know what makes Lael, and so many other women excel at Ultra-distance races. It was really interesting to hear her take on why women are so competitive and to hear her recount her excitement when she first started overtaking the men (passing them while they slept in hotels on the route, and then sleeping under a hedge for two hours to drop them all the next morning!)

This chat also came at a great time for me, as I was in my final preparations for my own long-distance adventure riding 1,250km from my home in Lancefield, just outside of Melbourne, to the Road World Championships in Wollongong in five days. (Stay tuned for my On the Road to the Worlds episode in 2 weeks time).

For now though, sit back, relax and enjoy this one. Lael was a fantastic person to chat all things Ultra-distance and more and I really enjoyed recording this one.

Check out more of Lael’s adventures:

Talking Luft and Official LITP casquettes are back in stock. Shop now!

Shop LITP casual Merch anytime online at our store. From casual caps to mugs, logo tees, sweaters and much more..

Life in the Peloton’s Theme Music

The theme music for Life in the Peloton was composed by Pete Shelley, who was lead singer of the punk band Buzzcocks. It was commissioned by the production company behind Channel 4’s coverage of the Tour de France in the 1980s and was used as the theme music for the nightly highlights show. 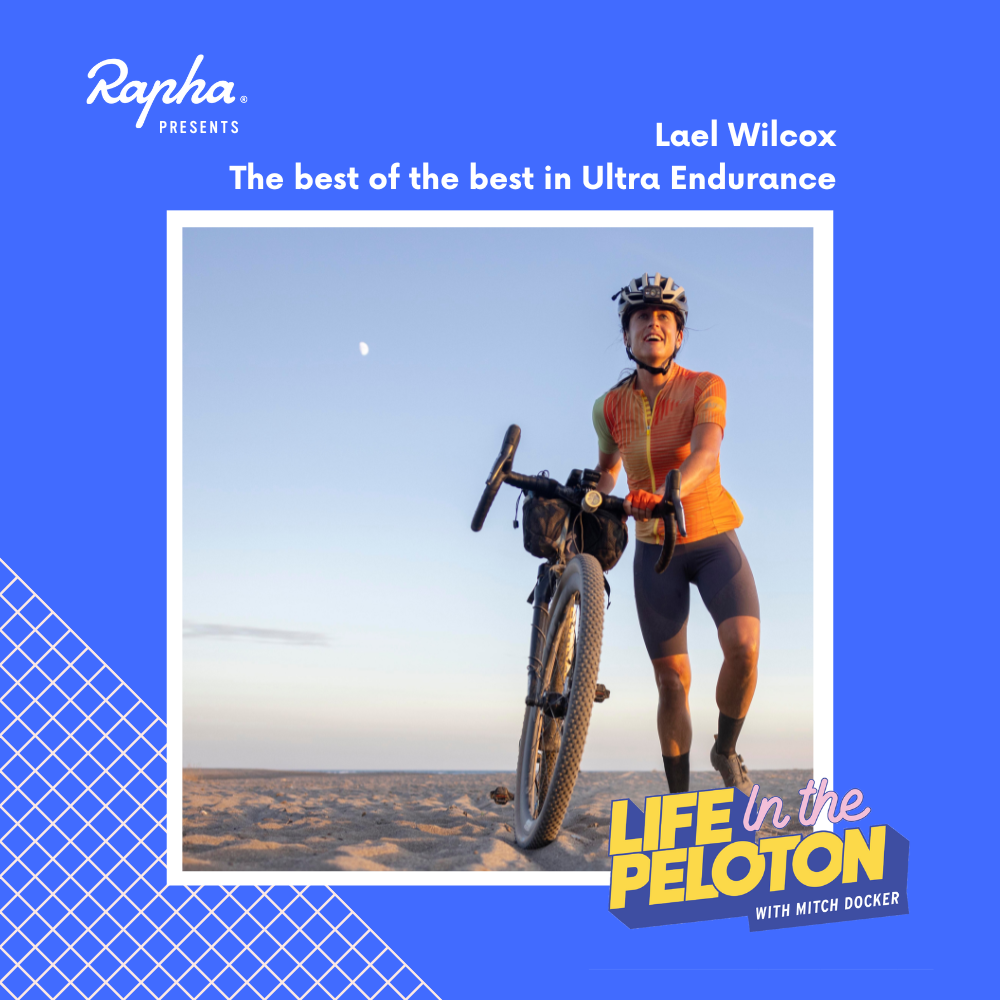