Matt Keenan – A different path to the Tour de France

While I was back in Aus over the summer, I got to sit down with many familiar faces of the peloton, including those who spend more time behind the scenes of the bike race.

This week you’ll hear my chat with a man whose voice will be familiar to many cycling fans throughout the world, Aussie commentator and good friend of mine, Matt Keenan, or Keeno as I like to call him.

I grew up in the same neighbourhood as Keeno and knew he also dreamed of being a professional cyclist. He never made it as a cyclist, but set his sights on the Tour de France through a different route. He has now, in my eyes, reached the pinnacle of cycling commentary, being the voice of the Tour de France, following in the footsteps of the iconic duo Phil Liggett and Paul Sherwan.

We constantly keep up with each other out on the road and I was keen to sit down with him and really hear about how made his way to where he is now.

I enjoyed picking his brains on the ins and outs of commentating, the difficulty of identifying riders, explaining a complex sport to a broad audience and striking up a rapport with a co-commentator.

Enjoy the chat, I hope you learn a little more about Matt and what happens behind the scenes in the commentary box.

Find all our episodes on The Cycling Podcast feed.

Check out our Merch on our Etsy store, from beanies and caps to embroidered tees, logo tees and much more, shop here! 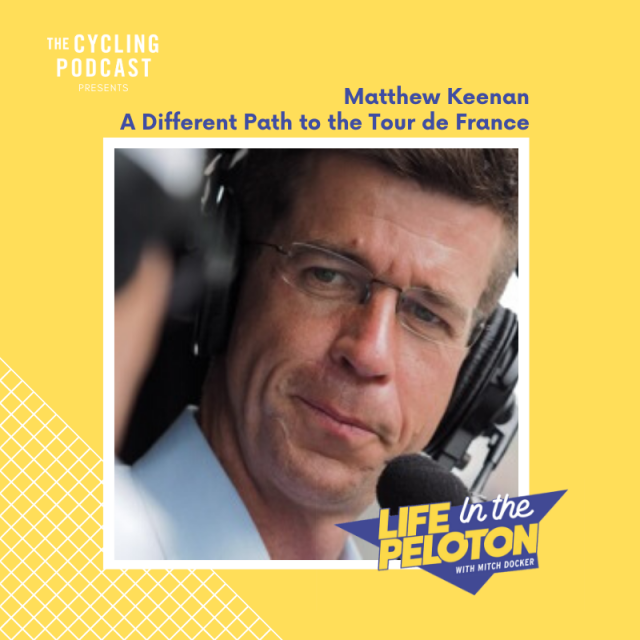