With the cycling world coming to Australia in January it meant I was able to catch up with a few mates in the peloton who were escaping European winter. One of those was the legend and all round great guy, Andre Greipel.

He had mentioned to me a while ago that he was a listener of the pod, but I didn’t believe him. Sure enough, he asked again when would I invite him on, that’s when I realised he wasn’t joking.

We sat down in between stages at the Tour Down Under and had a great chat about his early days in Germany, training to become pro, and coming up through the ranks of T-mobile in the footsteps of some household names, at a tumultuous time for the team and cycling. He became one of the most accomplished German sprinters, eventually going on to win 11 Tour de France stages.

André was always someone I admired in my early years pro, not only for his sprinting ability but the way he raced. That’s something to this day that hasn’t changed. He’s a great guy and I’m glad I got to sit down and chat with him about the his life up until now. I hope you enjoy it as much as I did!

Check out our Merch on our Etsy store, from beanies and caps to embroidered tees, logo tees and much more, shop here! 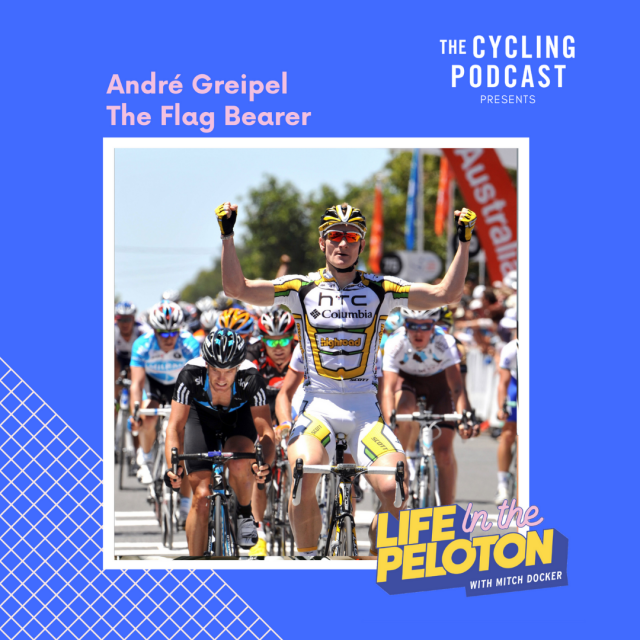