‘You Can Ask That’ with Kirk Docker, Featuring Michael Hepburn

Long time coming but the pod is back. And back to basics it is. Why live in Europe? How does the team structure work? Can you eat whatever you want because you ride everyday? Plus coffee rides, style checks, luft, nature stops and doping. Just some of the topics we cover as my brother, Kirk, gets behind the mic, asking Michael Hepburn and myself all those simple but niggling questions any non-cyclist might wonder about life as a professional cyclist.

Kirk is a TV producer in Australia, who has produced shows like You Can’t Ask That and Demolition Man, and was previously also on screen on the show The Hungry Beast.

Michael Hepburn has been my team mate on Orica-Scott for the last 6 years, where it has been a pleasure to grow with him in the early part of his potentially long career. Both Heppy and I spend a lot of time together in both Girona, Andorra and racing on the road, so it was interesting to be able to answer a few questions from someone who is outside the cycling bubble. 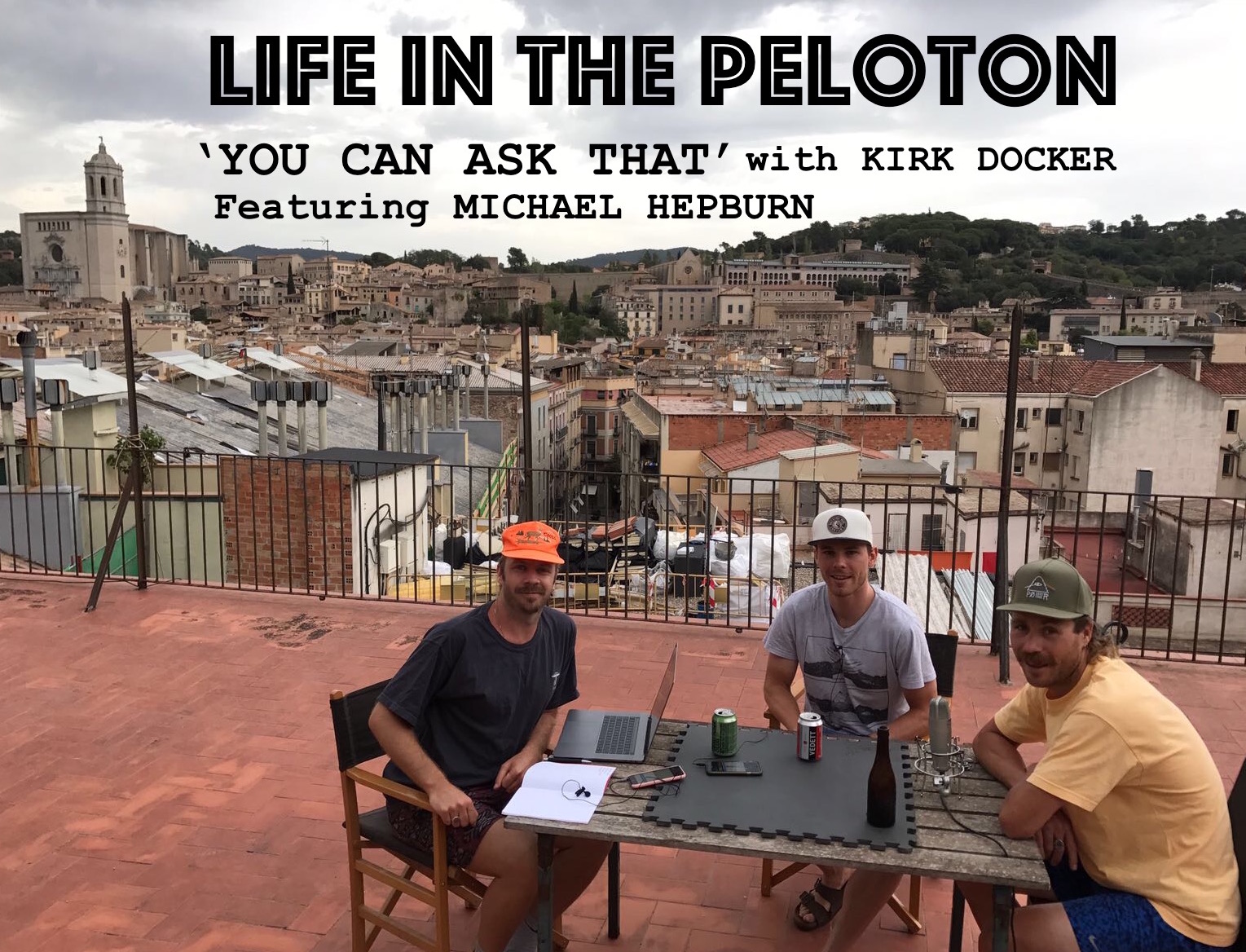