Graham Watson – Cycling from Behind the Lens

After always seeing him wiz by on the back of a moto bike snapping away during a race, I had the opportunity to pin Graham Watson down here at the last race of the season. It may come as a surprise but most often than not we do not stay in the same hotels throughout the year, so when we were I took the opportunity to have a chat. And just as expected through out his colourful 37 years of taking photo’s of the sport of cycling he has some fantastic insights to all the eras he’s been though during his time in the Peloton. Its great to hear things about the world of cycling from someone who is right there with us on the road, yet shares a different view.

Andre Tchmil in the 2001 Paris – Roubaix

Laurent Fignon at the end of the 1989 Tour De France

Greg Lemond after winning the the 1989 Tour De France 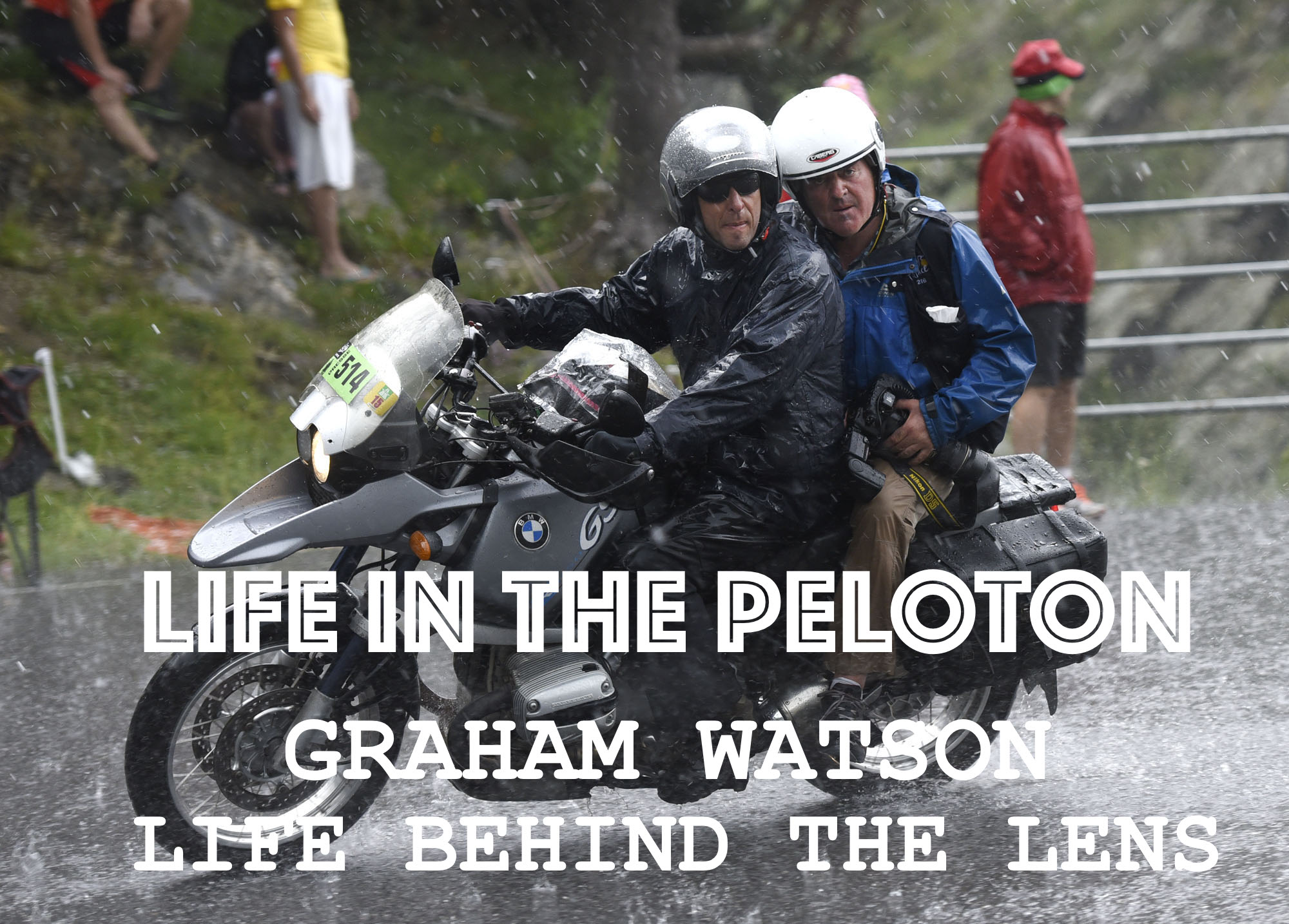